Future versions of Image Resizer for Windows will be available as part of the Microsoft PowerToys.

In the beginning, some anonymous Microsoft engineer created the Image Resizer Powertoy for Windows XP. It was a wildly popular PowerToy that allowed you to bulk resize image files so they could all fit on your 1.44 MB floppy disk or be uploaded using you 56 kbps dial-up modem. Life was good in our plastic XP world. 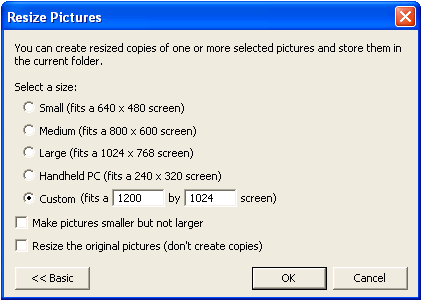 Then came Windows Vista. Despite everyone telling them not to, a few brave souls decided to install the OS. When they tried to install their favorite PowerToy, they were greeted by this disappointing, but beautifully glass-framed error message:

The powertoys require Windows XP or a service pack. They will not function on a version of Windows eariler or later then Windows XP.

Many, including myself, lost hope.

A service pack later, my dad finally convinced my mom that it was time to upgrade to Windows Vista. He bought her a gigantic, pink laptop with about an hour of batter life. Quickly, however, she noticed there was no option to resize her pictures.

Being a good son with a BSCS degree fresh under my belt, I set out to help my mom with her resizing problems. Little did I know that my efforts would restore resizing hope to the galaxy.

I’ve worked hard over the last twelve years to be a good steward of the utility, and to maintain the spirit of the original. 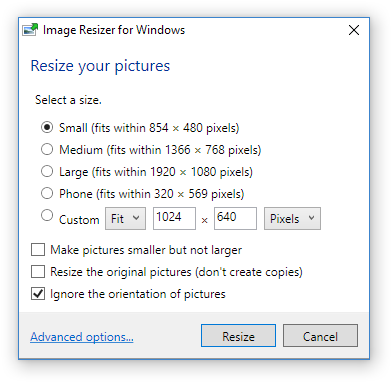 All future bug fixes, enhancements, and releases of Image Resizer will be done as part of the Microsoft PowerToys project.

I’m excited to see where Image Resizer goes from here, and I look forward to another twelve years of blessing the lives of resizers everywhere.